No Turtle Doves Left To Give At Christmas 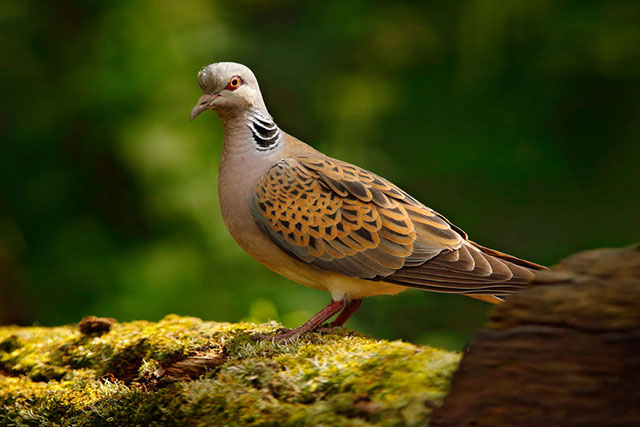 If you were the lucky recipient of your true love’s tokens of affection bestowed upon you in the 12 days of Christmas carol, by Epiphany you would have a total of 364 gifts. And over half of them would be birds including 22 turtle doves and 12 partridges.

However, at future Christmases you might be left empty handed on the first two days because  according to the latest Bird Trends report from the British Trust for Ornithology (BTO), the turtle dove is heading for extinction in the UK. Since the 1970s there has been a 98% drop in its population numbers, the largest decline of any UK species. The BTO says that if this trend continues the turtle dove will disappear from the British countryside within the next two decades.

It’s not good news for the grey partridge either. Numbers have plummeted with just one bird for every 10 recorded in the 1970s. This is despite years of research and efforts to boost the population including a government biodiversity action plan.

The report from the BTO follows a similar warning from the Department for Environment, Food & Rural Affairs (DEFRA) earlier this year. The Wild Bird Populations in the UK report showed that turtle dove numbers halved in the 5 years preceding 2017 with just 1,000 breeding pairs left in the UK.

Turtle doves are Europe’s only long-distance migratory dove. They spend a third of the year on their breeding grounds in Europe and the rest of the year in sub-Saharan West Africa. According to Operation Turtle Dove, a partnership between the RSPB, Fair to Nature, The Pensthorpe Conservation Trust, and Natural England, there are four factors that have contributed to the turtle dove’s decline:

Loss of suitable habitat on their breeding grounds which has led to food shortages. Turtle doves are obligate granivores which means their diet consists almost entirely of seeds. Young turtle doves thrive best when fed on a diet of non-cultivated arable seeds but with much of their traditional breeding grounds now planted with cereal grains there has been an alarming decline in the survival of nestling turtle doves.

An increase in trichomoniasis. A team from the University of Leeds found that 86% of turtle doves were infected with the Trichomonas gallinae parasite which carries trichomoniasis, a disease that causes lesions in the back of the throat and gullet so birds have difficulty swallowing and breathing. In pigeons and doves trichomoniasis is also known as canker.

It is possible that the lack of food sources has made turtle doves more susceptible to the disease and further research is being conducted to understand its effects on population numbers.

Hunting in Europe and Russia. According to the EU Turtle Dove Management Plan published in 2007 of the estimated population of 3-6 million pairs of turtle doves breeding in Europe and Russia, the total number of turtle doves hunted in EU states alone was estimated at 2-3 million birds. Malta is particularly problematic and this year the hunting season chosen by the Maltese government was between the 10th and 30th April which coincided with peak turtle dove migration.

If the numbers from the EU Turtle Dove Management Plan are correct, then hunting may be having a significant impact on the population of turtle doves throughout Europe.

A changing landscape in Africa. Many of the wooded habitats such as Acacia thickets favoured by turtle doves to keep them safe from predators are disappearing with the land given over to intensive agricultural farming. Overgrazing by livestock has caused additional damage.

Hunting may also pose a significant threat with an increasing number of European hunters visiting the region.

How can we help?

Unfortunately, little can be done to help turtle doves abroad but Operation Turtle Dove is working with farmers to restore the birds’ habitats in the UK so they have access to food plants such as scarlet pimpernel, knotgrass and chickweed. They are also asking farmers to maintain tall, mature hedgerows and areas of scrub for nesting.

Turtle doves are relying more and more on food in gardens such as sunflower and niger seeds, although research has found that birds were in poorer condition when their diet was high in seeds provided by humans in gardens and parks.

If turtle doves do visit your garden, make sure you clean bird feeders and bird baths thoroughly to prevent the spread of disease. For those with a rural garden consider allowing hedges that back on to fields to grow as tall and as wide as you can and encourage climbing plants such as clematis, honeysuckle, and bramble. Planting fumitory, black medick, red and white clover, common vetch, and birds foot trefoil, will also help provide some of the seeds turtle doves need in their diets.

3 Comments No Turtle Doves Left To Give At Christmas

Winterwatch 2020 From The Cairngorms Mountains

The Big Garden Birdwatch 2020 Is Here! 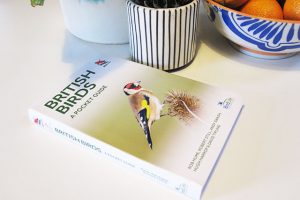 Competition: Win A Copy Of British Birds: A Pocket Guide

Blue Is The Colour For 2020 But Not For Birds 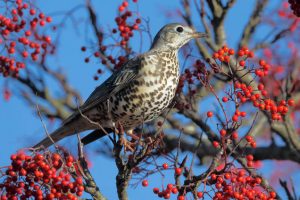 The Mistle Thrush – That Other Christmas Bird