Birds come in all manner of colours, shapes and sizes. But although they all have many things in common – beaks, wings, feathers – some of them look so bizarre that they could have been Photoshopped. Here are 10 of the most peculiar looking birds.

The national bird of New Zealand is strange looking bird: if it wasn’t for its long beak and legs it could almost be mistaken for a small, fluffy mammal. Kiwis are unable to fly and are usually nocturnal.

Its long beak is made from ivory and is the only bird in the world to have external nostrils at the tip of its beak that it uses to forage for invertebrates. It has an exceptional sense of sense of smell and its olfactory bulb is the second largest among all birds relative to the size of its forebrain.

Kiwis also lay the largest eggs of all birds relative to their body size. They weigh about 15% of the female’s bodyweight. 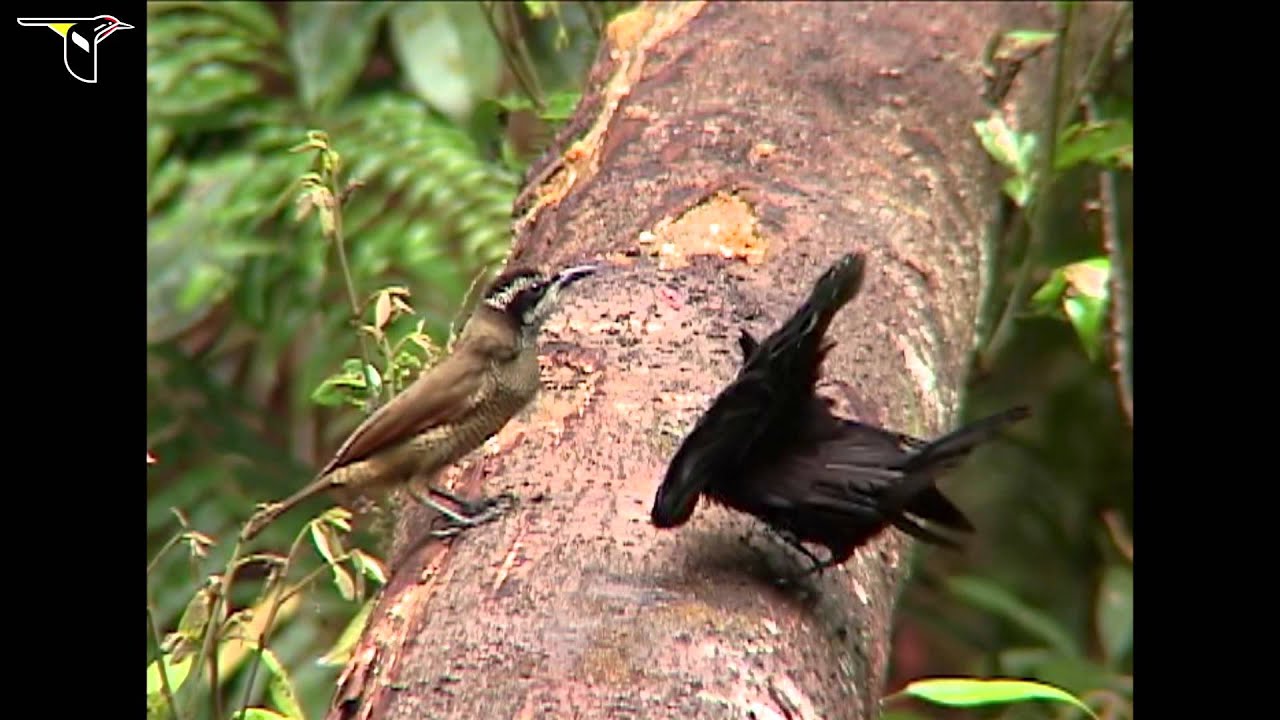 The male superb bird-of paradise employs one of the most bizarre courting rituals in the avian kingdom.

He begins by preparing a “dance-floor”, meticulously cleaning the area with leaves. He then attracts the female with a loud call before “shape-shifting” by folding his feathers until all that can be seen is a jet black disc with a metallic blue-green “smiling face”.

He then snaps his tail feathers against each other to make a clicking noise whilst hopping in circles around his potential mate.

The species has an unusually low number of females compared to males so competition for mates is fierce and a female will reject up to 20 potential suitors before settling on a mate.

Magnificent frigatebirds are seabirds found in the tropical and subtropical waters off America and on the Galapagos Islands and Cape Verde. Males are striking birds with a wing span measuring up to 2.5 m.

Christopher Columbus recorded sightings of frigatebirds when passing the Cape Verde Islands in 1492 and noted their practice of kleptoparasitism – forcing other birds to regurgitate their food.

“They saw a bird that is called a frigatebird, which makes the boobies throw up what they eat in order to eat it herself, and she does not sustain herself on anything else. It is a seabird, but does not alight on the sea nor depart from land 20 leagues. There are many of these on the islands of Cape Verde.”

During breeding season male frigatebirds inflate their large scarlet-red gular sac like a balloon in order to attract a mate, tapping on it with its beak to make a drumming sound. Once a female has chosen a mate the male will spread his huge wings around her to protect her from other males.

The greater prairie chicken, alternatively known as the pinnated grouse, is a North American species of grouse that although once abundant is now extremely rare.

They are well known for their mating rituals with males displaying in a communal lek called a booming ground. During courtship a group of prairie chickens will gather together on grasslands, raising their ear-like feathers over their heads and inflating orange sacs on the sides of their throats.

They will drum their feet and make a loud booming call that can be heard from over a mile away. Hens will then visit the lek and select the fittest mate.

All umbrellabirds look pretty odd with the crests on top of their heads that vaguely resemble an umbrella and the wattles that hang from their necks. But none is as weird as the long-wattled umbrellabird who as you would imagine has a wattle that puts those of other members of the genus to shame.

The long-wattled umbrellabird’s wattle can reach lengths of up to 35cm and is covered in short, scaly feathers. It usually lays flat against its chest and is retracted during flight but during courtship in the males the wattle will inflate to resemble a large pine-cone.

To attract a mate the male long-wattled umbrellabird will also flare its crest to cover its bill and jump around between branches of trees emitting a grunting sound.

Umbrellabirds are found in the rainforests of South and Central America. The long-wattled umbrellabird and its cousin the bare-necked umbrellabird are both threatened species due to habitat loss and hunting.

The subject of many memes due to their rather comical appearance, potoos are related to nightjars and frogmouths.

Potoos are nocturnal birds and do not fly during the day, instead spending daylight hours perched amongst branches with their eyes half-closed. They have excellent camouflage, resembling tree stumps when they are in the ‘freeze’ position after detecting danger. Indeed the English zoologist Hugh Cutt described them thus:

“[The potoo] habitually selects the top of an upright stump as a receptacle for its egg, which usually occupies a small hollow just, and only just, large enough to contain it… the stump selected had thrown up a new leader just below the point of fracture… and the birds sat facing this in such a way that when viewed from behind they came into line and blended with the grey stem.”

The kakapo, also known as the owl-parrot is a flightless, nocturnal parrot that is endemic to New Zealand. Kakapo in Maori means ‘night parrot’.

The kakapo is a critically endangered bird; the total known population is just 125 birds. Although conservation efforts began in the late 1800s it was not until the development of the Kakapo Recovery plan in the 1980s that included the supplementary feeding of females, relocation of kakapos to suitable islands without predators and nest protection that the population began to increase.

Kakapos were historically important to Maoris and appear in many of their traditional legends and folklore. The birds’ irregular breeding cycle was associated with rich harvests which led Maoris to believe that kakapos could foretell the future.

The meat of kakapos was considered to be a Maori delicacy, although Europeans described it as having a strong and stringent flavour, and its feathers were used to make highly valuable items of clothing.

The helmeted hornbill is surely a contender for the world’s weirdest looking bird but it is under threat due to a surge in the demand for its ivory which is worth three times more than that of elephants.

Helmeted hornbills are found on the Malay peninsula, Sumatra and Borneo and are known as the “farmers of the rainforest” due to their role in spreading seeds, and the reduction in its numbers could have a devastating impact on the local ecosystem.

Unlike other hornbills, the casque of the helmeted hornbill is solid and used in head-to-head combat between males. The casque is the source of ‘red ivory’ and with ‘white ivory’ becoming so scarce it is traded on the black market to supply Chinese middle classes desire for carved ivory objects.

As well as being famed for their ivory, helmeted hornbills are known for their call which sounds like manic laughing.

If you gave a child some paper and crayons and asked him or her to draw a bird, something resembling a resplendent quetzal may be the result.

Quetzals are part of the trogon family and are found in the cloud forests of Central America. They were important in Mayan mythologies and figure heavily in artwork and legends. Today the resplendent quetzal is the national bird of Guatemala and gives its name to the country’s currency.

It is said that quetzals would accompany Mayan chiefs wherever they went and on the day the conquistador Pedro de Alvarado fought against Tecún Umán, there was a quetzal flying above. When Alvarado struck Umán’s chest with a spear the quetzal flew down and dipped its chest in the prince’s blood which gave rise to the quetzal’s red breast.

No, it’s not a Creme Egg bird. The final avian oddity on our list is a strangely beautiful bird that just so happens to be Sir David Attenborough’s favourite – the Gouldian finch.

The Gouldian finch was described by the British ornithologist John Gould in 1844 and named after his wife Elizabeth. Both sexes have bright plumage of black, green, yellow and red although the female is less brightly coloured.

Gouldian finches have been bred in captivity to produce various colour mutations such as pastel blue and pastel green and in the wild there are variations of Gouldian finches with red, black or yellow heads.

In the 1992 film Batman Returns, directed by Tim Burton, Catwoman puts a Gouldian finch in her mouth.