What is Britain's most common bird of prey?

This buzzard is Britain’s most common and widespread bird of prey. There are 57,000 - 79,000 pairs of breeding buzzards having made a remarkable comeback in recent years.

At one point they were nearly hunted out of existence, killed by gamekeepers worried that they were a threat to grouse and pheasants. By the 1900s there were as few as 1,000 breeding pairs left in the UK.

During the two world wars restrictions were put in place to prevent illegal killing which helped increase their numbers only for them to begin to decline when rabbit populations were decimated by myxomatosis which reduced one of their most important sources of food. A ban on organochlorine pesticides in the late 1960s helped boost their numbers again and buzzards are now thriving. They can be found across all of the UK including in towns and cities.

What is Britain's rarest bird?

It’s hard to define what a rare British bird is so this question is not easy to answer. There are some birds that have only ever been spotted in the British Isles a handful of times, such as the dusky thrush, the rufous-tailed robin, the blue-cheeked bee-eater, or the American kestrel. These birds tend to be vagrants; they do not breed or overwinter here but may have been blown off course during migration and ended up here by accident.

In 1959 the British Birds Rarities Committee (BBRC) was established to assess claims of rare sightings and keep a record of the species of birds rarely seen in Britain. It publishes an annual report of its findings in the journal British Birds.

From time to time the BBRC may remove birds from its list as they become more common. Soon after its formation 16 species were removed from the list including the bearded tit, the Dartford warbler, and the red kite. A further 10 species were removed in 1982 including the aquatic warbler and the serin. Other birds to be dropped include Cetti’s warbler, the cattle egret, and the long-tailed skua.

One of the rarest birds to be included on the list was the critically endangered slender-billed curlew, a bird that breeds in the marshes and peat bogs of Siberia. It is thought there are fewer than 50 adults remaining and one of them supposedly turned up at Druridge Pools in Northumberland in 1998. Known as the Druridge Bay curlew it was eventually removed from the British List in 2013 after a review of the identification. 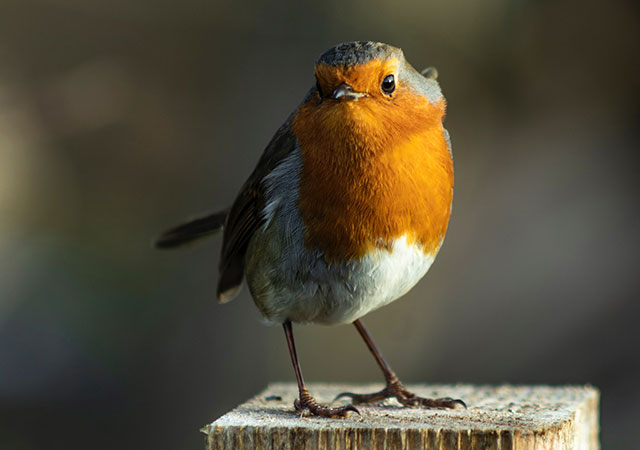 What is Britain's national bird?

Would it surprise you to learn that unlike many other countries in the world, Britain does not have an official national bird?

In June 2105 a poll of over 200,000 people organised by The Urban Birder David Lindo, saw the nation elect the robin as the country’s national bird beating the barn owl and the blackbird into 2nd and 3rd place respectively.